This is Frank my wingman and chief of operations @ timber gym, in fact Frank is responsible for TIMBER GYM. Following a globe-trotting decade in which I won three world natural bodybuilding championships, I was still freelancing in TV (I’m A Celebrity, Get me out of Here, PGA golf) when I moved to this property in Hunchy. I found myself having to be away for days or weeks at a time and leaving my blued-eyed boy with friends tormented me. I liked the idea of running my own gym but not in the conventional ‘mirrored show pony’ sense. Rather than being surrounded by walls where you could stare at your own reflection, Frank and I were taking our morning exercise in brisk walks though the beautiful bush of the Sunshine Coast hinterland. Between chats about ‘what bird is that?’, how stunning the dawn was and ‘don’t eat that Frank, it’s roo-poo’, I started to sound my boy out about the idea of our own fitness establishment:

What about if EVERYbody in Australia could lift their own bodyweight, would obesity still be a problem?

What if we PLAYed like when we were kids, hanging out on the monkey bars, doing a few tricks on the parallel bars – “watch me watch me” – until we either landed it or face planted. It was simple soul-nourishing fresh air and bodyweight movements.

He was getting excited so I went in with the coup d’état: Back in the day our Lifestyle WAS exercise, now we have to exercise for our lifestyle!

And you don’t have to guess the meaning of Frank’s one woof for…. 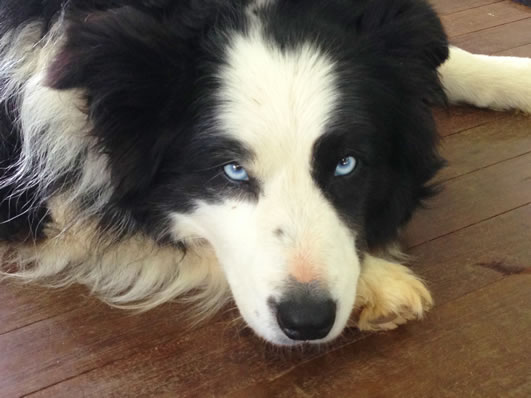 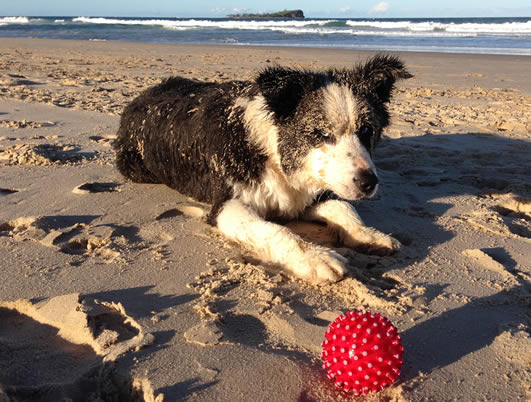 TIMBER GYM is set on4 acres overlooking the glorious rolling hills of the Hinterland.

This complete outdoor eco-functional training facility is designed to give you all the tools you’ll need for a total body workout.

Frank reckons Annie has an exceptionally dynamic personality and an energetic enthusiasm that all but matches his own when he’s chasing a tennis ball along a beach. In fact, he would describe her as a dynamo who has combined her expert knowledge and unquenchable passion for health and fitness into developing a totally unique training method. With no mirrors just nature (and Frank) watching your every move, getting fit will never be the same! (And the oxygen on offer is pretty special!)